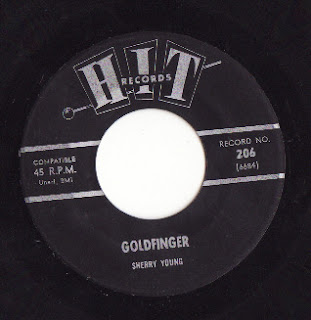 A realy decent singer. And the horn blower is not bad. But, the crappy orchestra band isn't up for the task, & neither is the soundman.

1/19/11
RobGems.Ca wrote:
Hit Records was a low-budget label run by Spar/Modern Sound Records in Memphis, Tennissee that specialized in cheap versions of hit records by anonymous artists, selling for 39cents in major Woolworths & K-Marts from 1962-1970. Many of these impromptu recordings were said to have been recorded at Sam Phillips' Memphis Recording Studios (the 1960 building, not the legendary Sun Studios of the 1950's), sometimes may feature major musicians such as Bill Justis, Johnny "Ace" Cannon, & Harold "Pig" Robbins at the time, even if the artists/vocalists themselves never became household names.