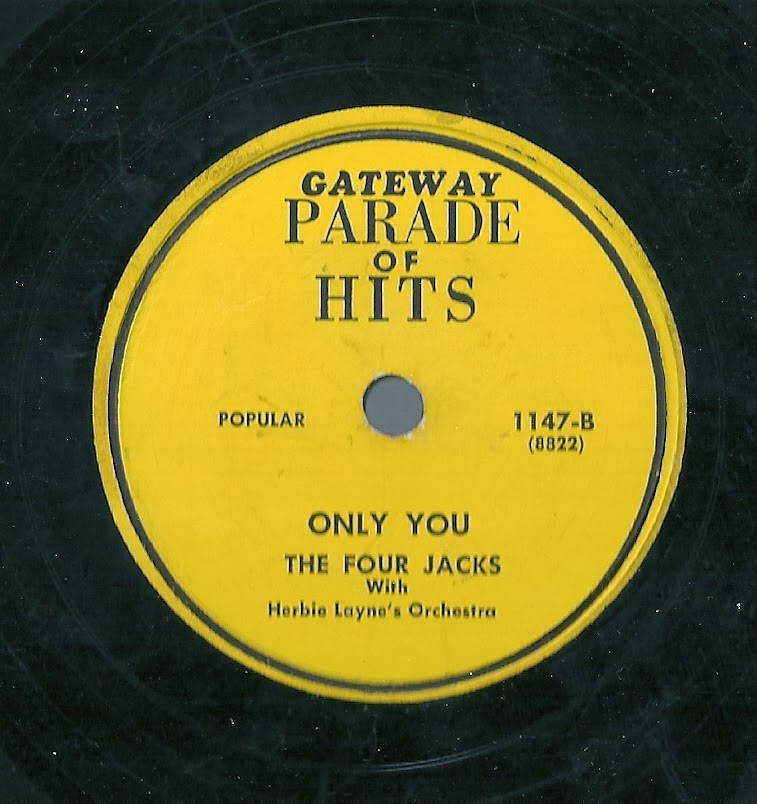 Gateway was a label out of Cincinnati, Ohio. The Four Jacks recorded many tunes on various Gateway labels, apparently a discount label covering top tunes of the day. "Only You" was recorded in 1955. It is a great rendition and compares nicely (although with more of a lounge feel) with the Platters mega-hit version recorded a year earlier.

Now as an aside, I've always wanted to do this:
Years ago I had a friend we called "Outta Site." Whenever he did something stupid (which was most of the time) we would say, "Outta site, Outta Site."
So, lately I've been dying to say, "Howdy, Howdy."